The city of Goychay, Azerbaijan is known for having the most delicious (and most varieties of) pomegranates in the country, so it’s no wonder they were chosen to host the annual Pomegranate Festival, held in the fall. Fall- usually October. (The exact weekend of the event isn’t declared until the year’s crop schedule is known.)

Goychay, located in the very middle/north of Azerbaijan, approx. 3 hours west of Baku

How to get there:

Look up current bus times at the Baku International Bus Station (connected by the metro). Or, get a taxi if you prefer a personal ride. 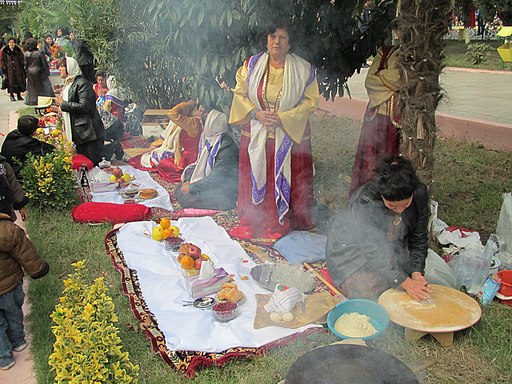